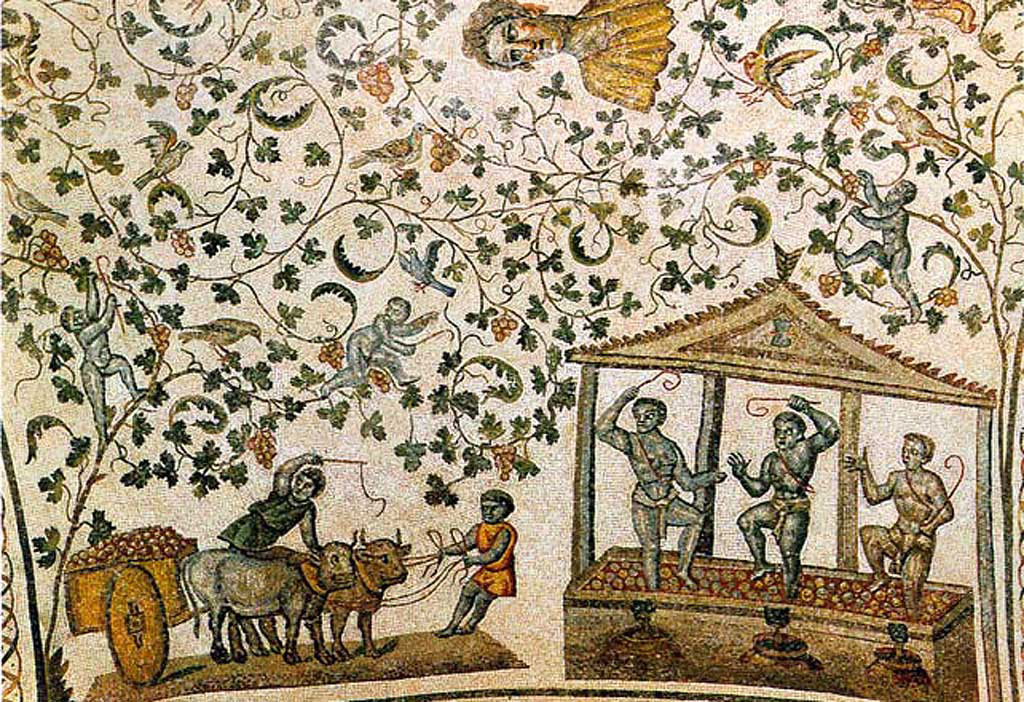 Ferragosto and wine: a thousand-year history.

We have just celebrated the 15th of August, knows as “Ferragosto”, but perhaps not everyone knows that it is a festival that was born in 18 BC. and is part of a wider series of celebrations linked to the territory and wine.

A story as old as the world.

The history of wine is so ancient that it is confused with the history of humanity itself. The natural euphoria derived from fermented grapes has always been followed and revered, since prehistoric times. The first cellar for the maturation of grapes ever discovered dates back to 4000 BC.

It is known that in ancient Rome wine played an important role, so much so that it had a dedicated divinity, Bacchus. It was so important to the point of invoking the father of the gods to ask him to protect the ripening of grapes on the occasion of the “Vinalia” festivals

The Vinalia were celebrated on two occasions. On 19 August, in the countryside, Jupiter was invoked by offering an animal as a sacrifice and a bunch of grapes squeezed in the hands to ask him to protect the ripening of the grapes from hail or drought and watch over the harvest. This anniversary was called “Vinalia Rustica“

On 23 April, when the new wine was tapped from the barrels and could be tasted for the first time, this early produce was offered to Jupiter who was thanked for not having devastated the vineyards with his lightnings during thunderstorms or through drought: they were the “Vinalia Priora”.

The origin of the Vinalia festivals

The reason for the dedication of the Vinalia festivals to Jupiter was explained in mythology with an episode set during a war for the conquest of Lazio. Turnus had promised the Etruscan king Mezenzio all the grape harvest of Lazio in exchange for his help in the fight against the Trojans. Aeneas made the same offering to Jupiter. The Trojans won and, from that moment, in compliance with the vow of Aeneas, the Vinalia festivals started to be celebrated. The anniversary of 19 August was part of larger celebrations, the “Consualia”.

The other celebrations in August

Ferragosto, the “Feriae Augusti” was introduced on the occasion of the proclamation of Octavian as “Augustus”, therefore noble and holy. To celebrate, the emperor declared the whole month of August as a month of rest and celebration.  A propaganda-based initiative given the dedication to the emperor himself and the presence, in the same period, of other festivals dedicated to rest after the end of work in the fields: the “Consualia”. In 21 BC Ferragosto was in fact included in these celebrations dedicated to Consus, the tutelary deity of agriculture and harvest which began on 15 and ended on 20 August. With Christianity, all pagan festivals were abolished but, to quell discontent, the celebration of the Assumption of Mary was imposed and, for the people, the date of the 15 of August was kept as a celebration of summer.

What type of wine to drink to celebrate Ferragosto and Vinalia?

In these hot days we suggest a nice fresh white wine, our Campo al Mare Vermentino Bolgheri DOC or Le Bruniche Toscana Chardonnay IGT. Anyway, let’s fill the glass in honour of Jupiter to propitiate a sunny end of summer and a good harvest!