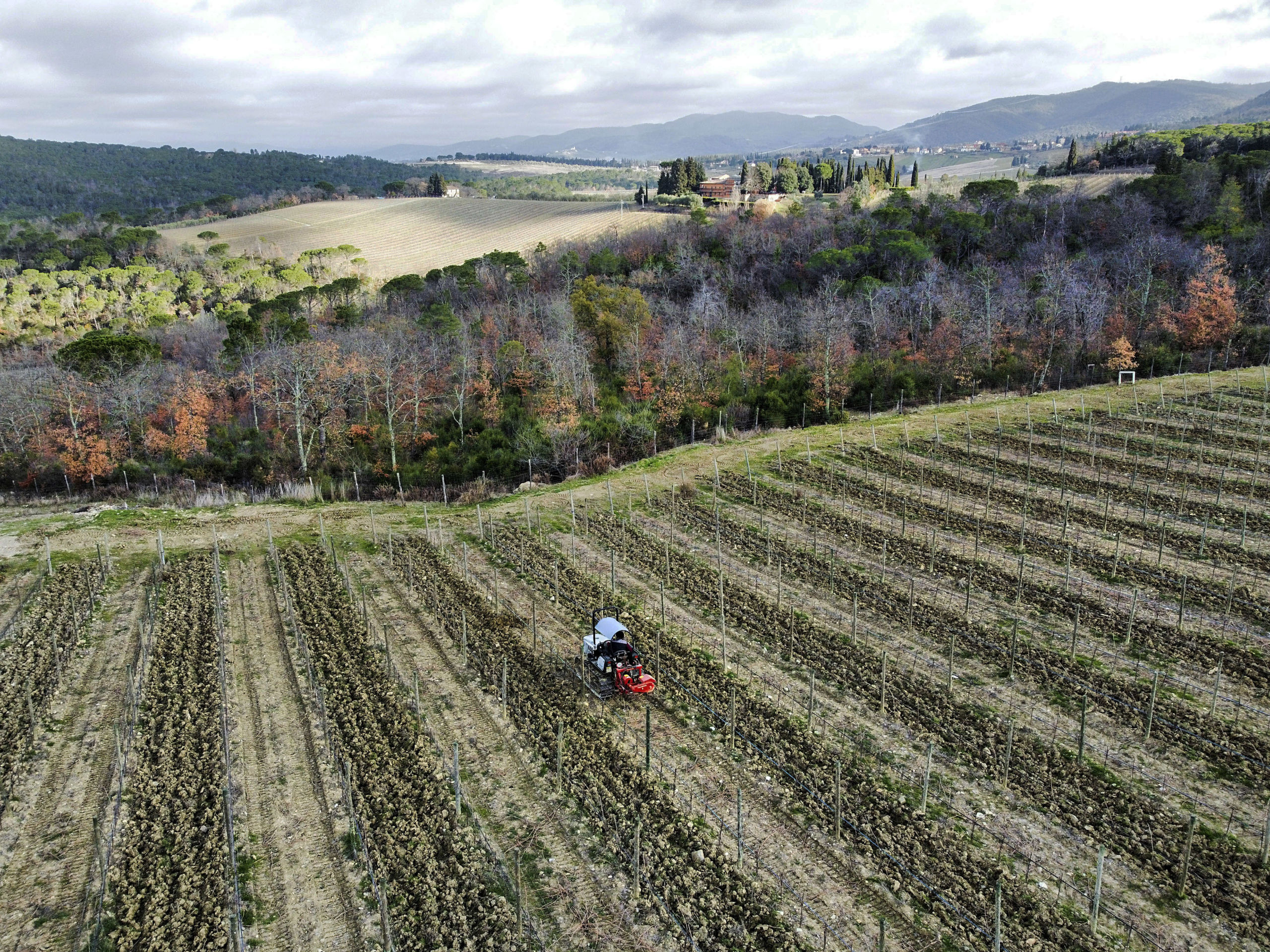 The work in the vineyard continues even in winter time. These days we have started the dry pruning of Cabernet Sauvignon grapes grown on Tenute del Cabreo, in the Zano hamlet.  After sowing the tick bean in autumn, which will guarantee a nitrogen fertilization and the organic fertilisation, just completed, pruning is one of the last winter works in the vineyard.

The origin of dry pruning

In order to prepare the plants for the spring vegetative growth, it is essential to carry out dry pruning. Popular tradition tells that the birth of this vineyard practice is due to a donkey which, escaped from the stable, ate some vine shoots. The farmer, initially desperate, during the summer realised that vines the donkey had torn were those in which the grapes had grown the richest and most luxuriant. Since then, pruning has become one of the most important stages in the vineyard and takes into account the needs of each individual vineyard and plant.

For some years now, we have introduced a different technique for a high-level pruning on our estates. The new technique, introduced in our company by the agronomist Giovanni Bigot, involves cutting the shoot from the previous year above the third bud. The latter will be simultaneously “blinded” (broken manually) to allow the second bud and the plant to access greater resources.

The remaining shoot, in fact, allows the vine to restart all the buds with more strength and less stress, guaranteeing a better leaf structure and more uniform bunch ripening.

Works usually start with the later vines, such as Cabernet Sauvignon and Merlot, to end with those that sprout earlier, such as Chardonnay. These steps make it possible to protect the most delicate plants from frost damage as postponing the pruning also the budding of the vine is postponed.

The photos show the pruning of Cabernet Sauvignon grapes in Zano, on Tenute del Cabreo. In this case the vine is grown by spurred cordon training system and five to seven well-lignified shoots are selected and positioned on which to operate the cut.